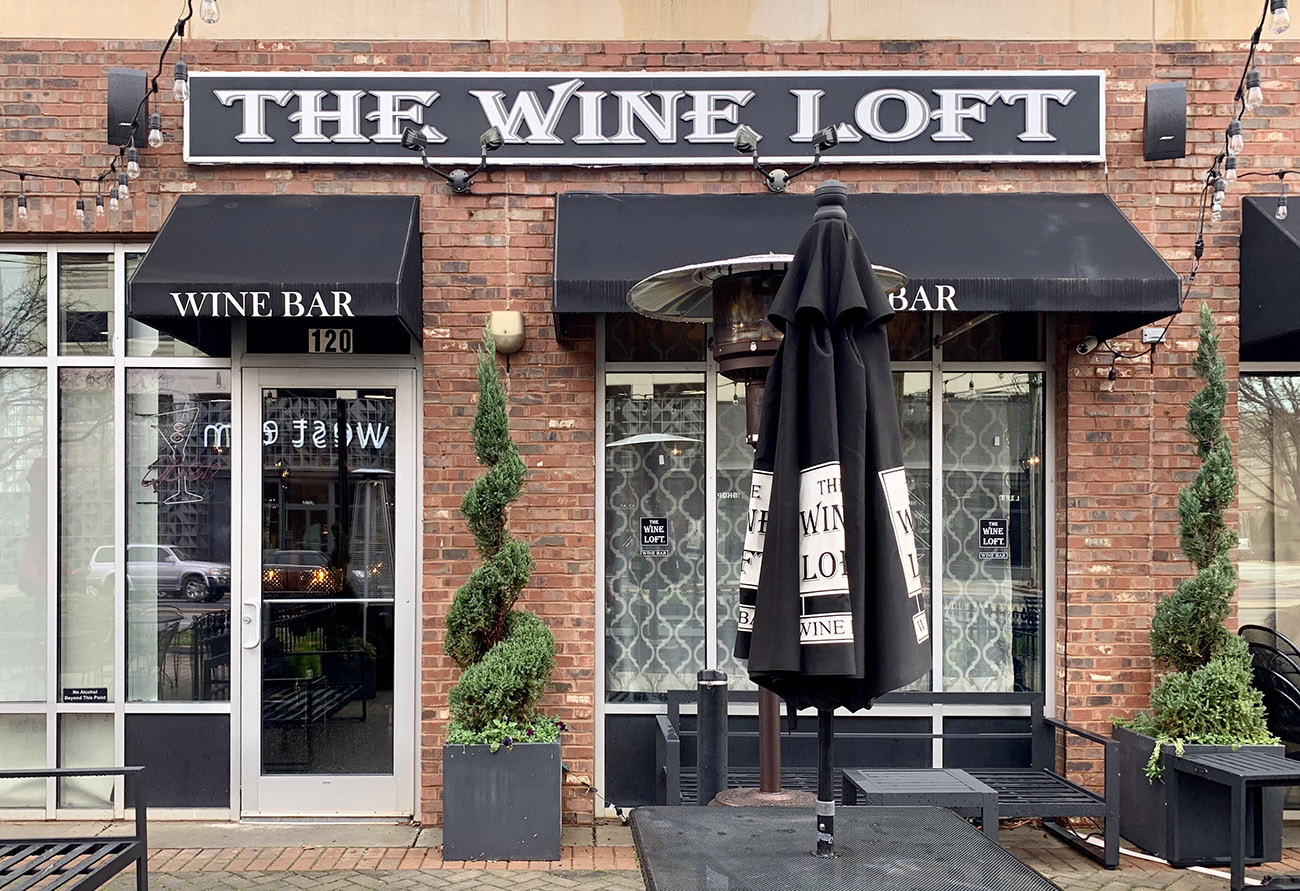 Under new ownership, The Wine Loft in South End is getting a new look

The Menagerie Hospitality Group recently bought The Wine Loft in South End and plans to re-brand it, re-do its menu, and upgrade its interior.

You may recall the Menagerie name because the group, led by local tech entrepreneur Dan Weiss. The group is also turning the Iron Tribe Fitness building in Dilworth into an upscale whiskey and cigar bar called The Vintage.

Weiss’s group quietly bought The Wine Loft in a turnkey deal in November from longtime owner Sam Kalioby, who is retiring. Kalioby first opened the bar 11 years ago. For years, The Wine Loft has been known for its live music and patio facing a busy stretch of South Boulevard, next to Poppy’s Bagels.

But currently, it’s a little easy to pass it by without noticing. Weiss wants to make its signage more prominent to take advantage of the growth that part of South End is experiencing. Across the street, Atherton Mill recently wrapped up a $100 million construction project that included the addition of major retailers like West Elm, luxury apartments, and popular restaurants.

The spot is both close to the light rail, Weiss said, and walkable to Dilworth’s quiet neighborhoods.

“It’s a great location. It has a good, stable base of regulars and people who are familiar with the spot,” he added.

Here are a few changes you can expect within the next few months at The Wine Bar:

The block that includes The Wine Loft has seen a lot of change in recent years.

Noodles & Co. closed on the end closest to Magnolia Avenue, and Poppy’s Bagels replaced it. Five Guys closed last year, and the property’s owner, Beacon Properties, is looking for a replacement.

“The location on the edge of Dilworth with great pedestrian access to Atherton Mill … makes it a prime location for both office and retail tenants seeking quality space in a dynamic area,” Erin Shaw of Beacon said in an email.

Here’s a look around what The Wine Loft looks like now: