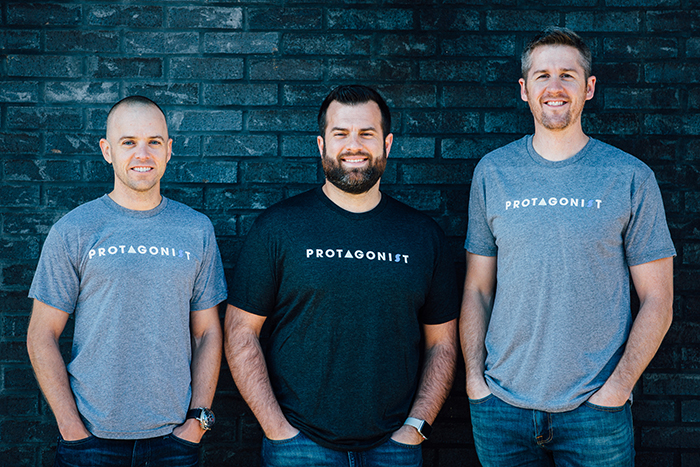 Space: Sunstead’s mid-century modern space will have about 85 seats inside. The taproom is 3,200 square feet. While the intimate taproom will occupy only one floor, there will be a mezzanine area where guests can view the brewing happening on the floor below. Another cool spot is a window bar that’ll have an amazing view of the skyline. Side note: They’ve also got a shocking 65 parking spaces, which is rare given the location.

Beers: Expect English-style beers, pale ales, and IPAs. There are no plans to have flagship beers; everything will rotate.

Quick background: Two engineers and a doctor opened D9 Brewing Company near Lake Norman in 2014, and it quickly gained a reputation for its sour beers.

New concept: Thew new outdoor brewery with a beer garden and concert pavilion will be next to Savoy apartments in Uptown. D9 Uptown will also have a 900-square-foot “indoor craft lounge” serving speciality beers, pastries, and tasty coffee through a partnership with Summit Coffee, an award-winning coffee roaster with cafes in Davidson and Asheville.

Overview: The taproom and brewery concept comes from brothers Jared Thomas (brewmaster) and John Thomas (operations). There will also be a spacious all-season and dog friendly patio and tons of outdoor green space.

Beer: Expect 12-14 beers on tap to start. The idea is to keep them rotating and include a good mix of traditional beers as well as some more experimental flavors.

Design: The team told us they’re inspired to bring the outdoors in, so expect lots of greenery and an organic feel. In terms of special designs and decor, they plan to bring in “creative installations and features.”

Background: The Morganton-founded brewery, known for its focus on local agriculture and artisan beers, will feature a tasting room and a giant outdoor space. You’ll also be able to buy packaged product to bring home. It’s Fonta Flora’s third location.

Overview: Traust Brewing Company is taking the 1.5-acre property formerly occupied by an animal pharmaceutical company named Fleming Laboratories. They’ll have a 130-space parking lot and a full kitchen with Scandinavian-inspired and Southern dishes. Plans are to open at 11 a.m. daily.

Outdoor space: Traust will have a huge wrap-around patio and a hardscaped beer terrace with views of Uptown. There will be an enclosed space for dogs and kids as well.

Beer: “We plan to take on some traditional styles, such as strong ales and stouts, as well as some nouveaux styles, such as hazy IPAs, sours and funky saisons,” said Eric. “We also plan to explore Scandinavian hops and yeast strains as well a modernization of Northern European historical beers such as sahti, kvass, and rye-based ales and lagers.” Ryan Walsh, who previously brewed at Mitten Brewing and Presidential Brewing in Michigan, will serve as Traust’s lead brewing engineer.

Overview: The concept comes from the team behind Legion Brewing. Expect indoor and outdoor seating, a second-floor mezzanine, and patio with unobstructed views of Uptown Charlotte.

“I love South End, and to be able to bring the Trolley Barn Fermentory to this hip vibrant area of Charlotte is so exciting,” said Legion Brewing owner Phil Buchy. “The Atherton Trolley Barn is right on the Rail Trail, providing great pedestrian access with its walkability to multiple neighborhoods in Charlotte, making this a prime location to enjoy great beer and food with friends.”

Name: The name comes from our city’s electric trolleys that began operating in 1891 and ran to neighborhoods like Dilworth, Myers Park, and Elizabeth.

Beer: The facility will produce predominantly sour, wild, and farmhouse ales. These old-world styles will include Berliner Weisse, Lambics, Oud Bruin, Flanders Red, and Gueze, and they will age anywhere from three months to three-plus years. “Throughout the last two years, our brew team has spent an extensive amount of time observing and often brewing alongside some of the best brewmasters in Brussels and throughout Belgium,” says owner Collin Ricks.  “We’re incredibly excited to pay homage to their craft here in Charlotte.”

On tap: You can already find Suffolk Punch’s traditional beers on 18 taps inside Noble Smoke and another 12 taps at the outdoor beer shack (which will eventually serve food from Bossy Beulah’s and Noble Smoke).

Space: It’ll be located at a new mixed-use development just outside of Uptown named The Shop.

Space: The 1,544 square-foot taproom will be located next to Goodyear Arts. It’s Free Range’s second location.

What: The team behind Protagonist in NoDa plans to add a big second taproom in Lower South End in summer 2020. They’ll move into the 15,000-square-foot space occupied by Great Wagon Road Distillery/Broken Spoke, which are moving, the group said in a statement.

Layout: The new location will have a mezzanine, a barrel-aging room, a full pizza-focused kitchen, and a 15-barrel brewing system. Outside, it’ll have a 5,000-square-foot patio.