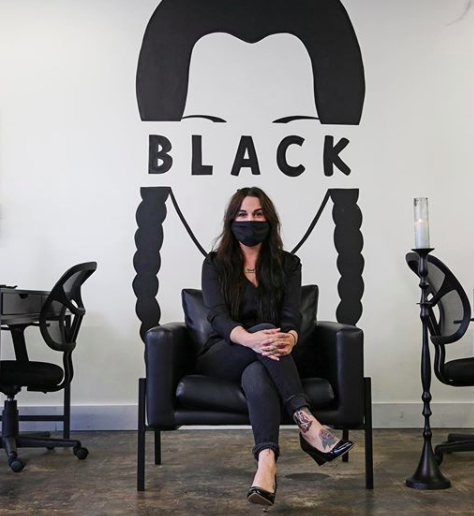 COMPANIES
IN THIS ARTICLE

The novel coronavirus has slammed Charlotte’s businesses. A stay-at-home mandate and social-distancing rules forced business owners to look beyond a customer base for financial support.

Many have turned to the Paycheck Protection Program, which offers forgivable loans through the U.S. Small Business Administration. Businesses snapped up $349 billion in less than two weeks in the program’s first round. Congress then added another $310 billion for the small-business loans. The second round began April 27.

The PPP is far from perfect. Website crashes and loose guidelines stunted the process, although lenders are now disbursing money in record time. Roughly 2.5 million loans have been approved in the second round alone.

Startups, including those in Charlotte, are used to challenges. These young enterprises often rely on bootstrapping and funding rounds to stay open, especially in the first years of business. For them, the Covid-19 pandemic and the economic fallout that followed posed yet another challenge. The entrepreneurs are staying innovative and tapping into their creativity to survive.

Some businesses are still waiting for loans, but for those who got approved, the PPP has offered a much-needed lifeline.

The Charlotte Business Journal caught up with five local entrepreneurs. All were approved for PPP money. These small-business founders shared how they will use the funds and what’s ahead for their companies.

Here are their stories.

Black Wednesday is a marketing and public relations firm. Most of Smith’s clients are in the hospitality, food and beverage industries — all suffering under the pandemic restrictions. Those clients were forced to pull back.

Smith said her revenue was “crushed.” She estimated it dropped by about 70%.

Smith submitted an inquiry soon after Wells Fargo & Co.’s PPP portal went live. It was a fully digital process. Smith was glad she submitted her inquiry early because, two days later, customers got a notice saying the bank had closed its site. That was before federal regulators loosened Wells Fargo’s asset restrictions to allow more small-business lending.

Wells Fargo (NYSE: WFC) kept processing applications when the first round ended. Smith applied after weeks of waiting and received conditional approval for 65% of her original request. She signed the promissory note about a week later.

Black Wednesday was approved for a $41,000 PPP loan. It will cover payroll and rent for the firm’s office in the NoDa neighborhood, Smith said.

She spoke of the misconceptions and confusion surrounding the program.

“I feel like everyone is sort of swimming in a pool that we don’t really know what the water is made of,” Smith said. “People are out here thinking it’s free money, and I’m treating it like a loan.”

Smith views it as a better opportunity than she would get with traditional lending. She plans to open a separate payroll account to more easily track loan use.

There are some positives, she said. The firm was able to avoid layoffs. It also shifted its client base to accommodate new industries.

Smith isn’t sure about bouncing back quickly, but she is confident the firm will recover.

Garrett Tichy had to close Hygge Coworking’s five locations in mid-March. The company’s financials were stable at first, but the impact grew as Covid-19 spread.

The team came up with a short-term plan. It billed its office tenants on April 1, but pledged to return the money over time. The plan got a positive reception, Tichy said. Some tenants even told Hygge to keep the money.

It was not enough to keep the company afloat, however. That’s why Tichy applied for the PPP.

Tichy said he had a positive experience applying for PPP with Fifth Third Bank — “probably the best banking experience I’ve ever had,” he said. The representatives kept in close communication with him. They were available to help when the site kept crashing at first.

Hygge also has financial resources that enabled it to collect documents quickly.

The process wasn’t perfect. Tichy provided the wrong identification number, for example. But he and the bank were able to quickly work through the hiccups.

Tichy recalled receiving the final loan documents at 11:57 p.m. He immediately got up to sign them, and it turned out to be just in time. He received an email soon after saying the first-round funds were exhausted.

Fifth Third (NASDAQ: FITB) instructed Tichy not to screen his calls. An unknown number in the U.S. could be a representative calling to finalize details. He said he made sure to take his phone off of silent mode.

Hygge received just under $40,000 in PPP funds in late April. It will all go toward payroll expenses.

“It’s a beautifully large Band-Aid, even for such a small amount of money,” Tichy said. “We’ve done everything we can to protect the business while we’re down.”

He said Hygge hopes to start bringing in revenue again in June.

Demand for laundry pickups and dry-cleaning services started to fall in March. The startup withdrew its Raleigh operations, which launched just a few months ago. It also temporarily stopped Atlanta operations. Charlotte-area demand dropped by about 40%, CEO Alex Smereczniak said.

That’s why he turned to the PPP for help.

2U Laundry already had one SBA loan. It also had an existing relationship with CenterState Bank (NASDAQ: CSFL). Smereczniak said the bank took its time on the PPP loan application, a nerve-wracking situation at first — but one that worked to 2U Laundry’s benefit.

“It just felt like another challenge that we had to face and overcome,” Smereczniak said.

The startup was approved in the first round. A $537,000 loan landed in its account last week.

Smereczniak said it will not all be forgivable. There is not enough demand to hire everyone back. The board talked about bringing employees back anyway, but that would likely result in more layoffs when the money runs out.

The PPP loan did allow 2U Laundry to keep 25 more employees than it could have on its own, he said.

Smereczniak estimated the business would spend only about $330,000 on qualifying expenses. He said 2U Laundry will either pay back the remaining balance immediately or treat it as a loan for operating capital.

Smereczniak sees the pandemic as an opportunity to reinvent his business — correct some aspects and double down on what works. He is also focusing on The Laundry Room, a retail and commercial coin laundromat that opened in Charlotte in 2018. The team is now looking to franchise its The Laundry Room brand.

Honeyfi, a finance app for couples, tried multiple lenders when applying for PPP.

The program got off to a rocky start. Honeyfi’s first stop was Fundera, a company that helps small businesses secure financing. No luck. Then, the company contacted Bank of America Corp. (NYSE: BAC), CapitalOne and Silicon Valley Bank. Still no luck.

“It was pretty frustrating,” CEO Ramy Serageldin said. “I don’t fault them for that, but as a small-business owner, it makes a material impact.”

Honeyfi did later apply with Silicon Valley Bank (NASDAQ: SIVB). It was the day before the PPP’s first round ran dry. SVB informed the company it had an SBA application number, although Serageldin admits he didn’t know what that meant. The bank then sent an approval notice about a week later. Honeyfi received the money several days after that.

The startup received roughly $15,000, enough to give it a short-term funding runway. All of it will go toward payroll, Serageldin said. Its office is in a coworking space, now closed, so rent expense is off the books.

Honeyfi did not lay off employees, but it did freeze hiring.

Serageldin said Covid-19’s biggest impact was on Honeyfi’s latest fundraising round. He declined to give a goal amount. Investors were nervous, so Honeyfi stepped back from fundraising. There was also a slowdown in signups, he said.

The company now has a better outlook. Signup numbers are bouncing back, and fundraising is starting to pick up again.

Serageldin noted how applicable a finance app can be during a pandemic. Clients are looking for help now more than ever — a trend that could play to Honeyfi’s advantage.

Skipper CEO Meggie Williams sat with her senior finance manager, Austin Flynn, in a lobby. It was the first Saturday after the PPP launched. They tried multiple times to apply, but the site kept crashing. Williams recalled a rollercoaster of emotions.

The application did go through, however, and the SBA approved it just before first-round funds were exhausted.

“It was a huge relief, and we’re very grateful for it,” Williams said.

Covid-19 crushed Skipper’s dog-walking business. It is considered an essential business, but with pet owners working from home, the demand was no longer there. Revenue dried up. Williams was forced to lay off most of her employees.

Williams’ thriving company plummeted in less than two weeks, and she was devastated.

But the PPP gives Skipper the support it needs to start planning a phased rehiring approach. Employees will be brought back by zip code, Williams said. Others will be rehired to work in Skipper’s brick-and-mortar pet-care facilities.

Skipper will have four apartment pet-care sites. The third one, at Plaza Midwood’s The Village at Commonwealth, opened this week. There’s also Skiptown, a social pet-care experience set to open in July. All plans factor in Covid-19 safety, Williams noted.

The team also wants to be ready when dog-walking picks up again, she said.

Williams is eager to see the SBA’s final guidelines for loan forgiveness. Skipper will use a small amount for rent and utilities, but payroll makes up most of its expenses.

For now, the team is taking it day by day.

“This was not the worst-case scenario,” Williams said. “We’re not through it yet, but it does seem more positive.”