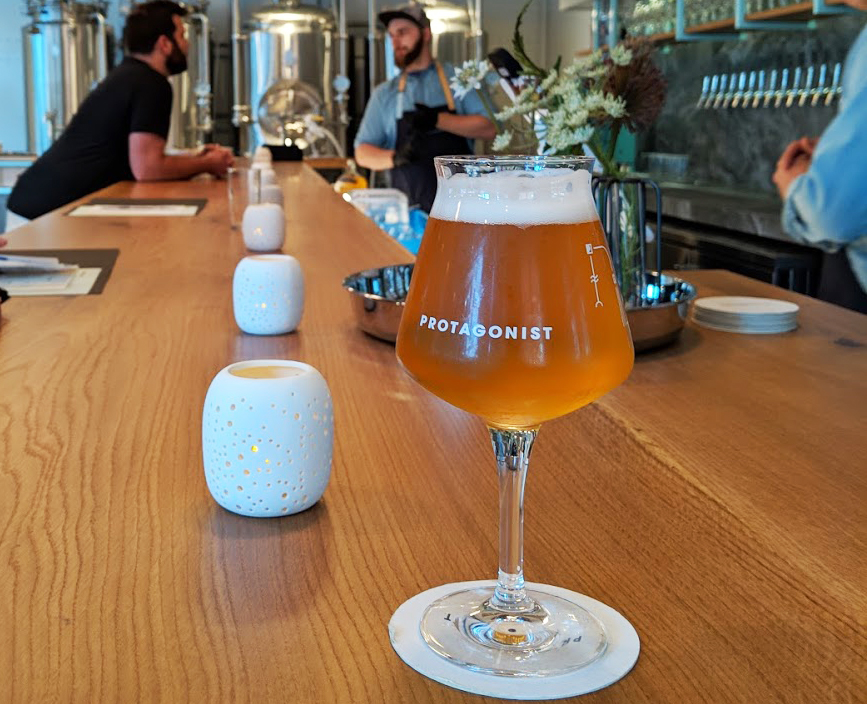 Eight months after opening its first “nano-brewery” and taproom in NoDa, Protagonist announced today it will expand with a second location in the Great Wagon Road Distillery and Broken Spoke space in lower South End. Owners and childhood friends Ryan McKillen, Mike Salzarulo, and Ryan Owens plan to open the new location in summer 2020. In a release, Salzarulo says they were presented “with a huge opportunity to take over the Great Wagon Road Distillery/Broken Spoke venue as they move and we had to jump on it.” See plans for the space below. 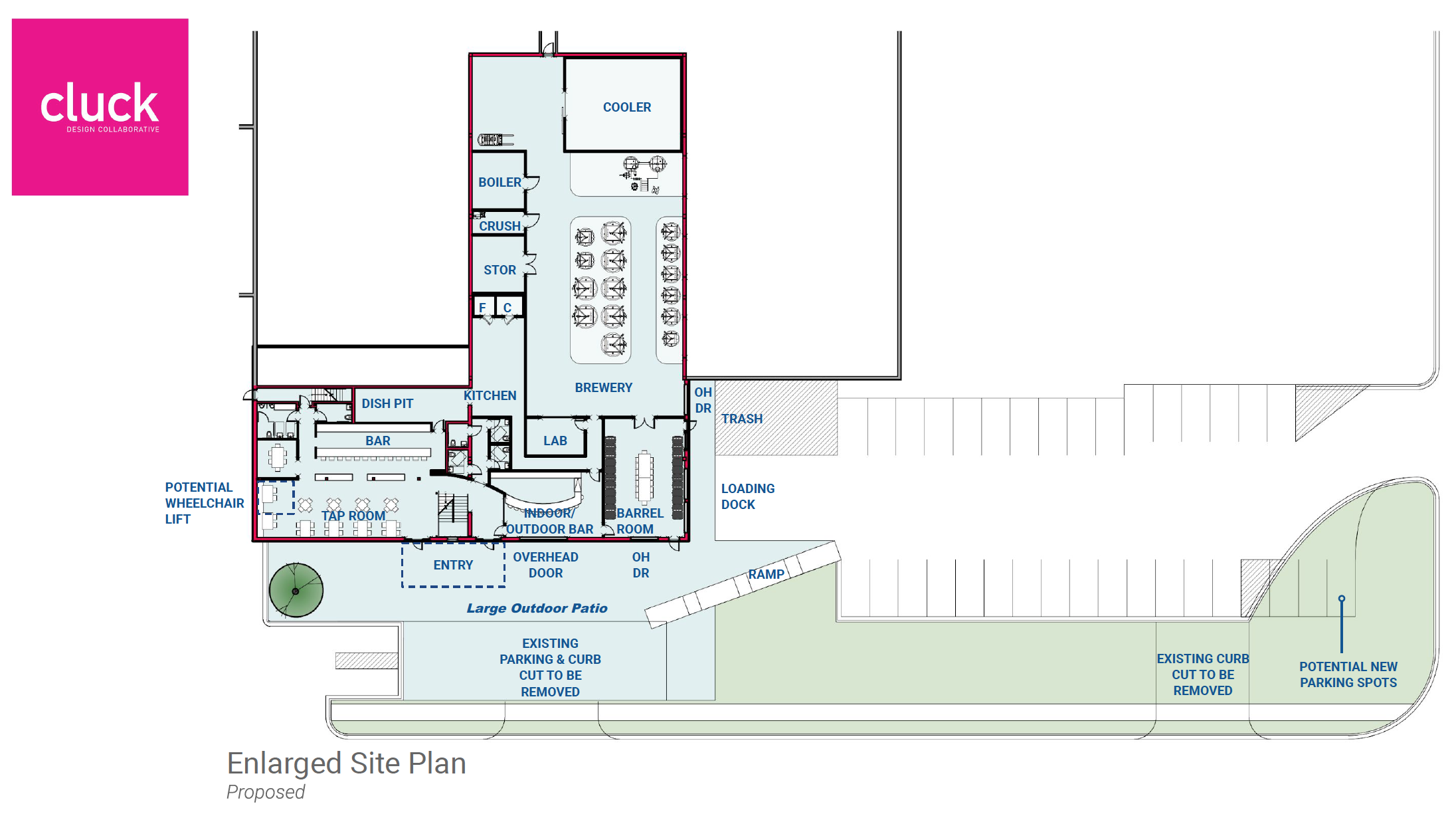 With 15,000 square feet of interior space and 5,000 square feet of patio space, Protagonist’s new location will be much larger than its intimate NoDa taproom. “Charlotteans can expect a much different experience than the NoDa taproom,” adds Salzarulo. “We’re especially looking forward to having more space to brew and a huge outdoor area for games and live music.”

We’ll be updating with more information about Great Wagon Road Distillery’s move as we can confirm it.