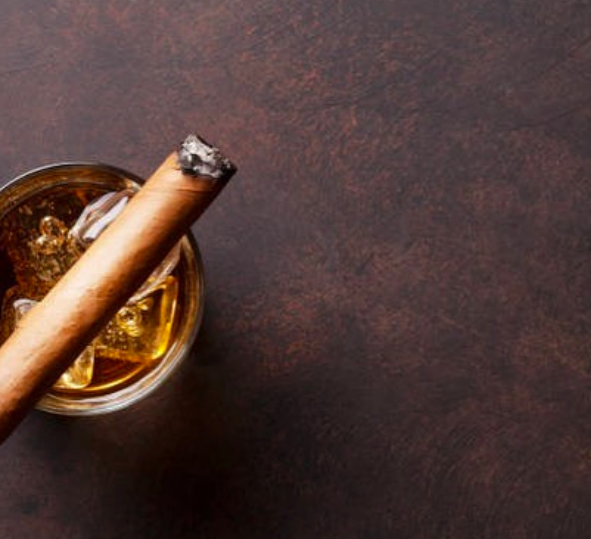 Before it was an Iron Tribe Fitness, the gray-painted brick building at 215 E. Worthington Ave. in Dilworth was an auto body shop owned by Michael Jordan’s father, James.

James Jordan, a trained mechanic, operated Jordan Auto Parts in the late-1980s. At the time, he and his wife Deloris lived in Union County to distance themselves from the publicity that inevitably came with being parents of an NBA superstar.

Behind the project is the Menagerie Hospitality Group, headed by local tech entrepreneur Dan Weiss. The group bought the Iron Tribe property in October for nearly $1.2 million, property records show.

The aim is to make The Vintage into a gathering spot where you can relax, unplug, and unwind. There’s something about a cigar, Weiss says, that forces you to slow down a little.

Right now, the building is in the midst of a renovation, led by Overcash Demmitt Architects. The building has “great bones,” Weiss says, adding that his team is trying to preserve as much of it as possible. The exterior brick wall will likely get a mural, some kind of homage to the city.

“It’s nice to see something being preserved. That’s what we’re trying to do with this,” Weiss, a Charlotte native, says.

One major addition to the space will be a new ventilation system, crucial in ensuring customers’ comfort, Weiss explains. The Vintage also will get a walk-in humidor with over 1,000 cigars to choose from. It’ll have a full bar with hand-picked whiskies and other spirits. For the daytime crowd, The Vintage will have a craft espresso menu with locally sourced coffees.

The Vintage will be a private members-only club since it won’t serve food. It’ll be styled as an upscale, Prohibition-era lounge with plenty of plush sofas and big wooden common tables.

Given its location and vibe, the lounge will fill a void in the area, Weiss says.

“We don’t have a lot of choices in Charlotte if you want to have a cigar in an upscale location,” he says.

The bar is still hiring professionals to staff its cocktail and cigar operations. Taking over as general manager is Giannis Koutsoupais, former cigar distributor and former GM of the Jailhouse in Belmont.

Iron Tribe, a gym specializing in intense group fitness, operated for six years in Dilworth. Now, the gym is moving into a new space nearby at 3021 Bank Street, near Lenny Boy. The new building is much larger, and Iron Tribe will take up about 4,400 square feet of space, owner JD Brooks says. They’ll rent out the remaining room in the building as co-working space, he adds. It includes 10 offices, a conference room, and a break room.