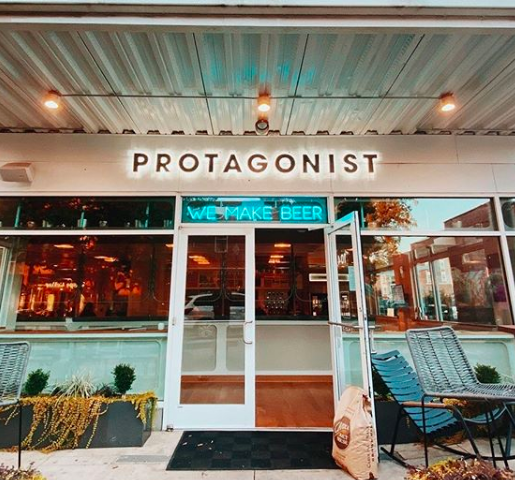 Protagonist, The Vintage
Charlotte’s restaurant scene is constantly changing, and if it seems like it’s happening faster than ever, you’re not alone. It can be hard to keep up with all the new places to try or remember which places have closed. Here’s a look at some Charlotte’s dining news from last month.

RESTAURANT CLOSINGS / IN THE NEWS

Members Only opened in late January. The next time you’re craving bubbly with a cotton candy garnish while on a wooden swing, we know just the spot. A private social lounge and tasting room called Members Only has opened up at 2413 Central Ave., in the space where wine bar Cork and Crate operated until closing in the fall. It serves craft cocktails, local craft beer and will eventually include a high-end food truck.

As new restaurants open every day in Charlotte, it’s easy to forget about the old standbys, the places that have grown up alongside the Queen City. We think they’ll always be there for us, but so many favorites have closed along the way. This makes it even more important to support the ones we love. Our series highlights the classic Charlotte eats that you have frequented for years, reminding us why they have stood the test of time.

Check out: Cajun Queen. When executive chef William Wessling gets a chance to step out of the kitchen at the Cajun Queen, he likes to stand by the front door and think about all the people who have come through it. The brick house at 1800 E. 7th St. is 100 years old now, and it’s been a restaurant for the last 34 years, so that’s a lot of people: Couples celebrating anniversaries. Families celebrating birthdays. Jazz musicians tromping upstairs to the bar. Even a house ghost who might not come through the door, but sometimes makes her — probably her — presence known.